The award recognises the outstanding contribution Yalmay Yunupingu, Rärriwuy Marika, Bamurungu Munungurr and Jake Stockley have made to the school’s bilingual education program for Yolŋu students.

Yalmay Yunupingu, Yirrkala School Teacher Linguist said recognition for the award must be given to all the people, Yolŋu and Balanda or non-Indigenous, that have contributed to 40 years of successful bilingual education at Yirrkala School.

“The Literature Production Centre is the backbone, for our books, our stories, our culture and our languages. This is the foundation.”

“We select and produce the resources in Dhuwaya Yolŋu Matha for the teachers to use - the books, songs, videos, activity sheets, dictionaries, certificates, flash cards, alphabet charts, translations, posters and pretty much everything you can imagine a teacher might need to teach a child reading, writing, mathematics, history, science or any other curriculum area.

“We do that with the help of other Yolŋu and Balanda and the teachers who speak Yolŋu Matha will come into the centre to make their own teaching resources as well.

“I was born here in Yirrkala and have a long connection to this place. It’s so great to see Yolŋu children being given the opportunity to learn using their first language and to see people like Yalmay and Rärriwuy being recognised for their life long efforts.”

A new Indigenous Languages and Cultures curriculum has been published and is currently being trialled in several Northern Territory schools to help give all Territorians the opportunity to benefit from keeping Indigenous languages and cultures strong. 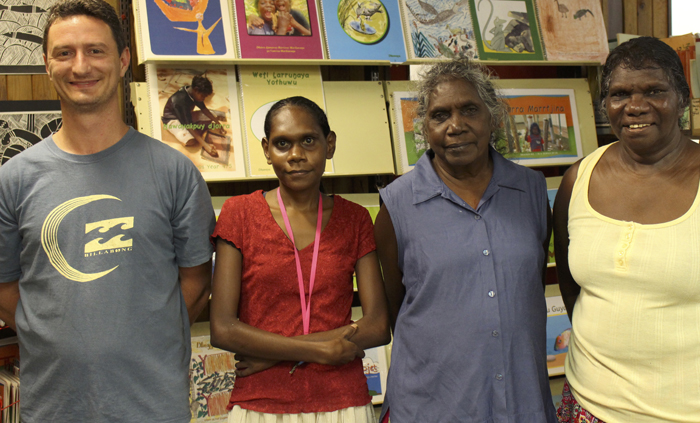