The board meets approximately four times per year.

NTBOS has a mixed model of membership of 11 members consisting of one Department of Education officer nominated by the Chief Executive, four stakeholder representatives (parent, teacher, employer and Indigenous), two expert members drawn from the Catholic Education Office Northern Territory and the Association of Independent Schools Northern Territory, and four expert members nominated by the Minister.

This model brings a balance of views to NTBOS and maintains the cooperative arrangement between the government and non-government school sectors in the Northern Territory.

NTBOS can set up committees which will allow the board to inform itself on specific matters and seek the views of particular stakeholder groups.

Mr Wiese worked in education for 40 years, beginning his career as a teacher at Darwin High School in 1964 then advancing to positions such as senior teacher, assistant principal and principal. He also worked in office based positions including superintendent and general manager before retiring in 2004. Although retired, Mr Wiese maintains a keen interest in all things education and brings a wealth of skill and experience to the position. Mr Wiese’s formal qualifications include a Bachelor of Science, Bachelor of Commerce and Diploma of Teaching (Secondary). 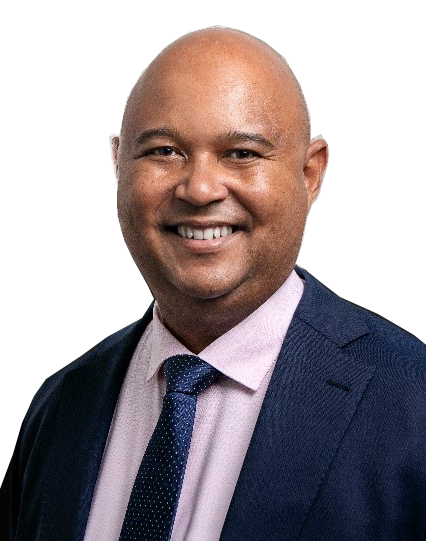 Mr Houareau is a driven, experienced senior manager and leader, who has worked across the Northern Territory, Western Australia and Queensland. He is a strategic thinker who has worked in diverse employment and business environments connecting and sustaining workforces to employment opportunities. Mr Houareau has over ten plus years Human Resources experience and is a current Fellow of both the Australian HR Institute (AHRI) and the Chartered Institute of Personnel and Development (CIPD) in the United Kingdom. He has had exposure to large capital expenditure, high revenue and complex work environments. He has had decades of experience in strategically planning, tendering and then managing contracts and third party services at many different levels.

Mr Houareau is on the Board of the Northern Territory Chamber of Commerce and on the Risk and Audit sub-committee for Charles Darwin University.

Ms Boyce is the Principal of Good Shepherd Lutheran School in Darwin. Ms Boyce has over 20 years of experience as an educator working in a range of schools in both regional and metropolitan areas with students from the early years through to Year 12, most of these within the Northern Territory. She has experience in Indigenous and International education, and has held leadership positions within the schools she has worked in both Curriculum Coordination and Pastoral Care of students. Her passion in education is for students to experience challenging and contextual learning, supported by quality educational programs and with a strong emphasis on student well-being. Her formal qualifications include a Bachelor of Education, Masters of Education and a Graduate Diploma in Theology.

Ms Venes holds the position of classroom teacher at Taminmin College. Ms Venes commenced her teaching career in the Northern Territory in 1991 and has worked in remote locations as well as urban and rural areas. She has experienced firsthand the challenges that many teachers face when working in the education system in the Territory. Ms Venes is a member of the Home Economics Association of Australia NT Branch, an accredited lead teacher, a member of the Initial Teacher Education Committee and is a South Australian Certificate of Education (SACE) moderator and marker.

Mr Richardson is the Public Officer on the NTCOGSO Executive team and was a University lecturer in the Northern Territory from 1985-2005. He has a Diploma in IT from Charles Darwin University, is a member of the Australian Computer Society and with a passion for physics and science, professionally and actively promotes the uptake of appropriate emergent technologies in the education sector. Mr Richardson has sought to demonstrate how equitably distributed bandwidth technology and training (mainly VET sector) might serve to further the educational opportunities and aspirations for and of Indigenous students.

Mrs Jacqueline Langdon was born and raised in Darwin, Northern Territory and is married with two children. Mrs Langdon commenced her career working for Catholic Education NT in 1985 working for three primary schools within the system. In 1999 she was seconded to the School of Health and Physical Education in the Department of Education. Leadership positions held include Deputy Principal of Holy Family Catholic School, Education Officer School Improvement and Renewal and Principal St Mary’s Catholic Primary School. Ms Langdon currently holds the position of Deputy Director Teaching and Learning, Catholic Education NT. She has held positions as Chairperson and Deputy Chairperson of the NT Catholic Principals’ Association, NT representative of the Australian Catholic Primary Principals’ Association and representation on the NT Catholic Education Council. Her formal educational qualifications include a Bachelor of Education, Masters in Educational Leadership, Executive Coaching Accreditation and a Graduate Certificate in Religious Education.

Mrs Fudge is the parent of two children attending primary and secondary schools and is a member of the governing bodies of both schools. Mrs Fudge was recently re-elected for a third year as President of the Northern Territory Council of Government School Organisations. Prior to being President, Mrs Fudge was Treasurer and also regional Vice Chair. She has also been the Northern Territory Director (2017) of the Australian Council of State Schools Organisation. Mrs Fudge is a strong advocate for public education at both a Northern Territory and Federal level, lobbying for a truly needs based public education system.

Mrs Schober has been an active and contributing member of the NTBOS since 2011. As the member representing Aboriginal and Torres Strait Island peoples she strongly advocated for the development and implementation of the Northern Territory Indigenous Languages and Cultures curriculum. Mrs Schober is committed to ensuring an inclusive, relevant and accessible education for all. As a qualified teacher and valued community leader, Mrs Schober has been actively involved developing Indigenous teachers, an area that she is passionate about. Her teaching experience extends to working at all levels in education including the early years, primary, secondary, senior secondary, and guest lecturing at Charles Darwin University. Mrs Schober holds a Master of Education and a Bachelor of Business.