The magic of Shakespeare

The selection of Darwin High School student Rhyan Lee for a five-day scholarship with the Bell Shakespeare Company has been acclaimed by the school’s drama teacher, Mark Bunnett.

Steeped in the works of the Bard of Avon, and himself the recipient of the hotly contested Bell Regional Shakespeare Mentorship earlier this year, Mr Bunnett’s ambition is to show his students that “Shakespeare wrote plays for the common people, and they can be fun”.

“I believe Shakespeare would want to keep his works relevant, and so he would encourage young people to look for different ways to unlock meaning and understanding,” he said. “I took a group of students to see Julius Caesar, and we compared the events in the play to the removal of Malcolm Turnbull.

“Often, the perceived difficulty with Shakespeare is the language, so I employ activities that help overcome this, such as each student reading a monologue one line at a time, or reading it while moving in different ways. I look at words that were insulting in Shakespeare’s day, such as mewling, and I have two groups of students hurl ‘insults’ at each other, which is a prelude to the beginning of Romeo and Juliet.

“Drama students need to use all of the modern techniques they learn in class to interpret Shakespeare’s world, and perform it. The stories are well known and interesting, and often the students have had exposure to them in modern plays, or even musicals, and are surprised when they realise this.”

Mr Bunnett, who began teaching in the Territory in 1987 and became drama teacher at Darwin High School in 2017, has 37 years’ experience as a stage actor, and has appeared in The Merchant of Venice, Macbeth, Julius Caesar, The Tempest, Hamlet and Twelfth Night.

“I came back from the (Bell Company) mentorship knowing anything is possible when performing Shakespeare, and I introduced the John Bell Scholarship as an assessment piece for the Year 11 drama class,” he said.

“I love the beauty of Shakespeare’s writing, the stories and the flexibility of the plays. There is so much history that comes from the language, and so much to learn as an actor.”

As president of Drama Territory, Mr Bunnett helped organise four teachers’ professional development workshops this year, including one on Commedia dell’arte, and a workshop using the skills of local artists in scriptwriting, prop making, simple theatre creation and stage management.

Mr Bunnett is rehearsing a role in the Orwellian Animal Farm, to be performed at Browns Mart Theatre from 7 to 9 December. 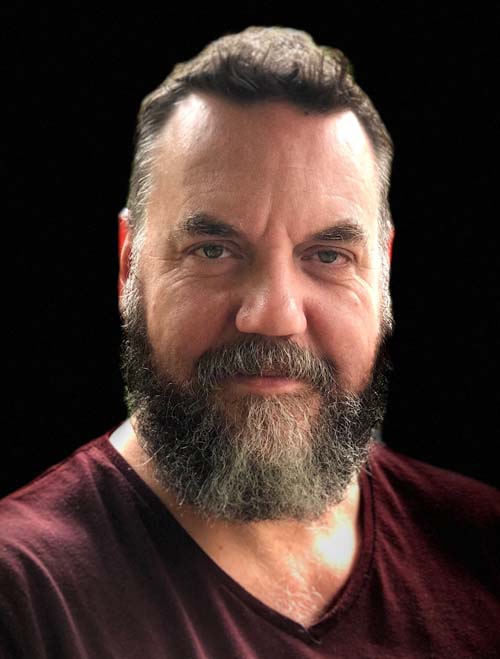