Rohan Rowling is Acacia Hill School’s health and physical education teacher, who has just set a new world record for walking the 231km Larapinta Trail in the West MacDonnell Ranges.

Rohan and friend Simon Duke not only completed the epic journey in 58 hours and 48 minutes, compared to the previous time of 61 hours and 32 minutes but they raised $3700 for beyondblue as part of their world record win.

Rohan began his teaching career in 2005 in the NSW town of Wagga Wagga, and has now spent eight years working as an educator within the NT. The trek was motivated by an urge to take on a challenge outside the classroom that would push him to his limits, and test his ability to find focus, energy and inspiration.

“The trail has the reputation as being a real test, physically and mentally, but it is also a symbol of all that is beautiful and unique in Central Australia,” Rohan said.

“There are rugged mountains, rocky streams, red dusty plains and narrow winding gorges. At times we were just in awe of the landscape and the feeling of peace and tranquillity, but at other times we were only aware of pain, and the need to put one foot in front of the other.

“The psychological challenges really started to kick in around the 40-hour mark. We were both starting to slow down physically and mentally. We began to hallucinate and be indecisive about which path to follow, but managed to continue on.

“Completing it has reminded me that everything is achievable if you plan, work hard and persevere. The same philosophies are true with teaching, it often takes time and patience to help the students reach their goals.”

Incorporating this philosophy into his work during the past five years at Acacia Hill School, Rohan has thoroughly enjoyed working with a group of staff and students who bring a wealth of different life experiences to the school and the community.

“In general, the Territory is a warm and welcoming place, full of fantastic career choices and the opportunity to work with amazing staff and students,” he said.

“The electric and open minded mix of people you meet and how they combine with the unique lifestyle opportunities make Central Australia and the wider NT, such an interesting place.

“Three-day non-stop treks aside, it is also the best camping and adventure playground you could ask for. There is never a dull moment if you are looking to get out and about on the weekend or during term breaks.”

With plenty to inspire Rohan, he is thinking his next adventure challenge may involve a bike. 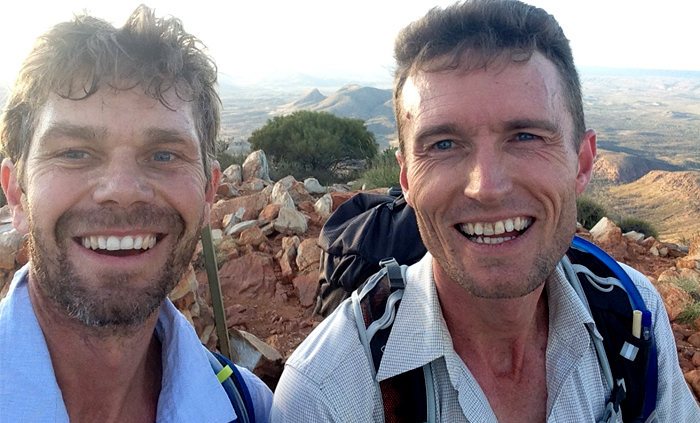