The second Writer’s Big Day Out attracted about 400 students from seven schools, keen to write about their experiences at the literacy promoting event.

Inaugurated last year, the assembly was again hosted by Taminmin College, and the Year 6 participants were exposed to more than 40 different ‘provocations’ designed to fascinate the senses and prompt creative writing.

“The aim was to stimulate the children’s imagination, inspiring them to record in their diaries the words and pictures that described their impressions of provocations, such as the finger painting or the feely boxes,” she said.

“At the farewell assembly the students added to their notes, so in classes in the following days or weeks they have sufficient information to recall the events of the day and share their opinions with their peers.

“Writing is a key skill that our students need, and this is a wonderful way for them to gain rich experiences so they can enjoy the process of writing.” 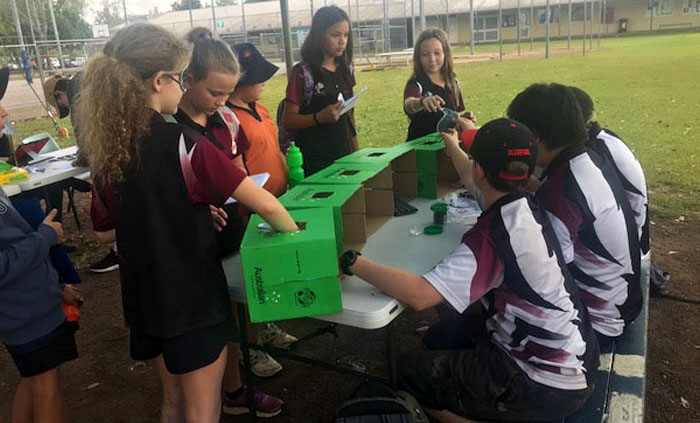