One-time paramedic Reece Ravlich will receive the Bravery Medal for disarming a knife-wielding assailant in Nhulunbuy in 2012.

A 30 to 40-year-old man, intent on boarding an ambulance and perhaps attacking the patient inside, menaced the former emergency services’ worker with a steak knife.

Mr Ravlich, now the department’s Quality Education and Care director, foiled the attempt by knocking the knife from the hand of the aggressor and booting it under the vehicle.

“I wasn’t certain what his intentions were, but I was in a position to stop him,” he said. “My goal was to prevent him harming my patient and my partner; if he got through me they would have been trapped with the armed man.

“I thought ‘Don’t get stabbed’ as I fought to get control of the knife, kicking the man from the doorway of the ambulance several times, while dodging his attempts to strike me.

“I very quickly had him in a defensive position, allowing me to control the scene, and the police only took a few minutes to arrive as they’d been around the corner. I never learned what motivated that man.”

The veteran lifesaver, who started with St John Ambulance in 2005, was treated in an Intensive Care Unit after an attack in 2014.

The Bravery Medal is the third highest award for courage demonstrated by members of the community, eclipsed only by the Cross of Valour and the Star of Courage. Mr Ravlich will be presented with the medal at a ceremony at Government House. 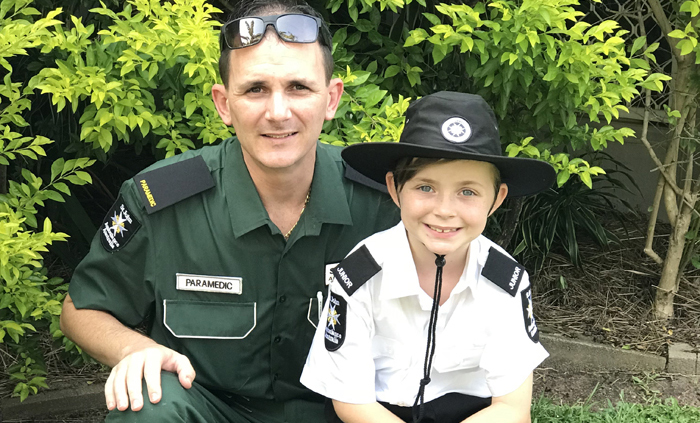