Chess players from three schools met recently to shuffle their pieces across the chequered board in a timed contest involving game novices and more experienced contenders.

The years 6 to 9 challengers met at Nightcliff Middle School for four-game round robins in the beginners’ Pool A class, and the Pool B category of adversaries seasoned by extracurricular games.

Nightcliff science and literacy teacher Megan Muir said: “Chess timers were used to countdown the 25-minute games, and a win was acknowledged when a King was checkmated or the opponent ran out of time.

“Eight players moved into the finals of their respective pools. A Year 7 student from The Essington School triumphed in the Pool A tournament, and a Year 8 Darwin Middle School student outclassed all opponents in the Pool B clash.

“Ordinarily, chess is an intellectually stimulating pursuit, but the intense environment of competitive chess demands greater mental dexterity when problem solving and charting the movement of pieces to achieve tactical advantages.

“But while the students were ambitious to demonstrate superior strategic thinking in the play-offs, the event was also an occasion to build resilience through defeat, and for students to teach each other defence and attack sequences.” 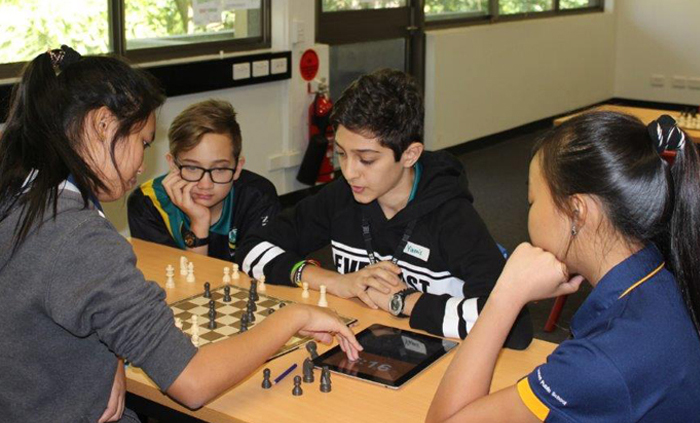