Songmakers is a mentoring program in which music industry professionals help senior school students build their songwriting and production capability.

“We’ve tried to give them some outlook and perspective based on our own experiences, like having some insight, backing your ideas and believing in the process,” said Baden Donegal.

“We are always looking at developing our appeal, especially through our lyrics,” said Felise Naufahu. “Developing confidence in front of a crowd has grown easier, and at the workshop the guys from Ocean Alley, through their experiences, have made it a little less daunting.”

Brodie Roesch said the day targeted the “development of timing and essence, the progression of lyrics, and how to listen, then write”. One outcome will be a reworking of established pieces.

“We’ve looked at some of our material, and we are going to work up a few variations on some of these,” he said.

This year, the band has performed at Battle of the School Bands, BASSINTHEGRASS, YAM fest, and the Bush Bands Bash. 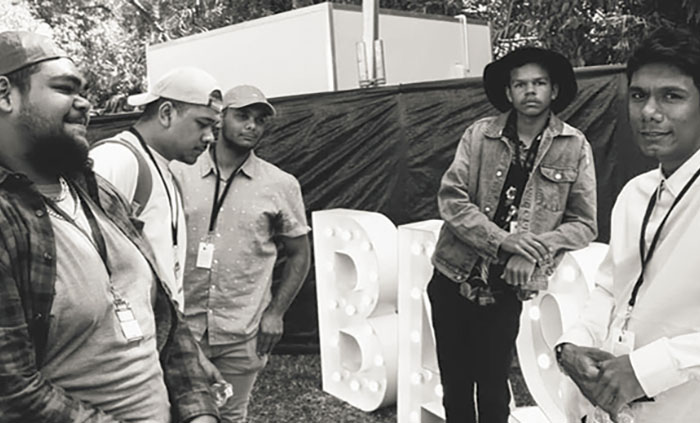 URL copied!
Back to top
URL: https://education.nt.gov.au/news/2018/henbury-school-has-scored-first-place-in-the-sant-section-of-australia-by-design-landscapes,-the-televised-six-part-series-examining-30-of-the-nations-best-landscape-designs. 1 December 2021, 1:42 am