Each school term, the staff and students of Gapuwiyak School join the wider community to celebrate different aspects of Yolngu culture.

The focus of a recent three-day cultural festival, organized and facilitated by Yolngu staff, was on traditional play using Aboriginal children’s toys and games.

“Children value the opportunity to learn about the games and traditions that were part of their grandparents’ lives.”

A 2017 observance of Yolngu Rom, comprising the laws, values, beliefs, religion, songs, language and communication of the Yolngu people, was attended by about 500 people at Gapuwiyak.

The intergenerational Yolngu Rom links intimately with Raypirri – respect for people, culture, the land and the environment. 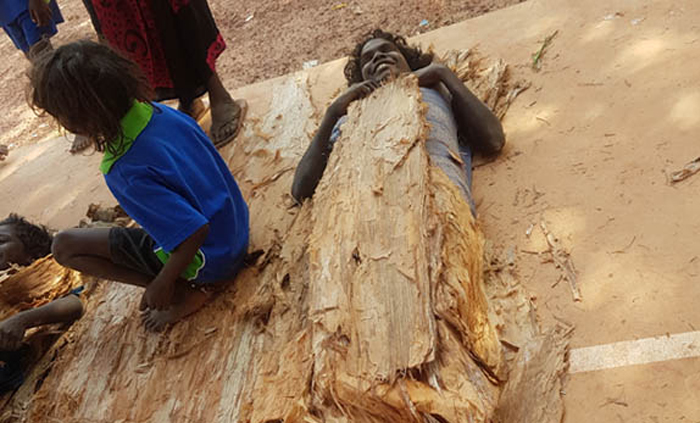 URL copied!
Back to top
URL: https://education.nt.gov.au/news/2018/gapuwiyak-school-celebrates-its-6th-cultural-festival 1 December 2021, 1:43 am