Anula Primary School has refilled a time capsule unsealed ahead of the school’s 40-year anniversary celebration.

A modern uniform, a photograph of this year’s classes, a poster created by each class, a 40th year anniversary tea towel, current photos of the school, and a photograph of a massive wooden turtle on the school’s grounds were placed in the cylindrical time traveller.

Ahead of the 25 August festival, photographs and stories of a class of yesteryear were taken from the historic cache and displayed on the walls of the school’s library.

Principal Melinda Kealy said: “I like to think when the capsule is opened in the future, some of this year’s children will be on hand to see another generation of students place their treasured items inside.” 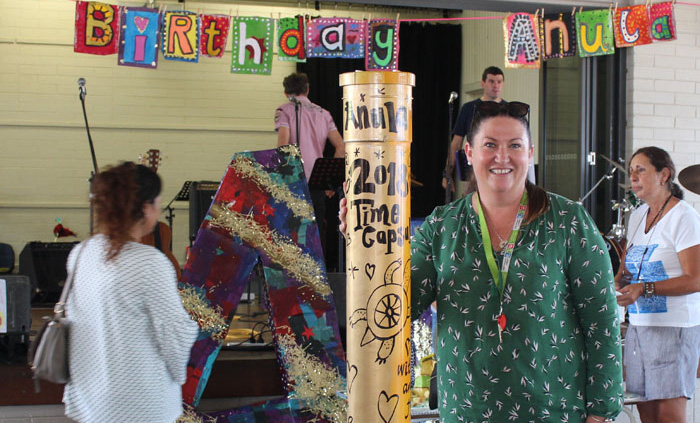