Teams from school regions throughout the Territory participated at the recent 2018 Northern Territory Athletics Championships at Arafura Athletics Stadium.

“Highlights for the Arnhem Region included Lynden Wanyburrnga smashing the NT record in the under-18 category steeplechase, his first time contesting the obstacle race,” he said.

“In the under-16 javelin, Travis Ogden, Simon Balpunhamirr and Denzel Garrirrwuy claimed first, second and third place, and in his inaugural hammer throw Garrette Durrurrnga finished a very creditable third.

“Mathias Gaykamangu, a challenger in the under-14 100-metre race, completed the final in 11.86 seconds and his heat in 11.74 seconds, one of the fastest times of any athlete in the competition.”

Brian Yunupingu — who captured five medals from six events — has been inducted into the state squad, and will compete in the School Sport Australia National Track & Field Championships. 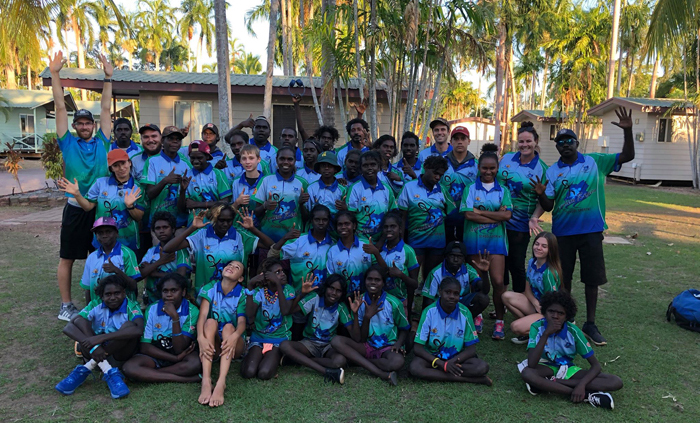